I've written about rejection here, about the 'Great Wall of No' that I've faced over the years of trying to get my first novel, Sharonville, published ... I've discussed the misery, the self-doubt, the 'I can't freakin' believe it!' of yet another near miss in a competition or with an agent ... But, today, I'm going to tell you about that magical moment when someone finally says 'Yes' - the big fat yes of we want to publish your novel!

Because, yes, it's happened to me! 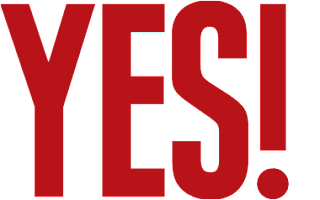 On Monday morning last week, groggy from sleep, I opened my email to see something in my inbox from Robin Jones, the publisher of Unthank Books, telling me he loved my book, that it was full of beautiful prose and so perceptive about the human condition ... and how he'd love to discuss publishing it, if it hadn't already been snapped up.

I screamed so loud that the cat flung herself from my lap, terrified, and then stared, bewildered, as I wept and wept - not the tears of disappointment and doubt which are familiar to me (and most writers) on this winding creative road, but beautiful, happy ones. The tears of 'I got my dream' and even, 'My God, the fight to find my book a home is finally over.'

Because it's been a long, long haul - over ten years, from the first scratchings of a novel 'til now. And, believe me, at every single stage, I've been scared to death and doubted how the hell I could go on.

I remember trembling as I wrote Sharonville, imagining all those hard-won pages slithering into a shredder in some agent's office. (A writer's imagination is both our greatest strength and weakness!) Even so, I sobbed when I finished the last sentence, ripped apart by both my disbelief at reaching the end and the pain of letting go of the characters who had become so real to me. It was as if they went on living their lives in the desert in Arizona and I was left alone at my desk, suddenly separate again.

As a new writer, I didn't know how lengthy the editing process is - about all the times over the next eight years when I'd see them again. And again. And again. So many times, in fact, that what first seemed like a joyful family reunion, soon became boredom, if not outright bickering and having to hide the knives!

Because that's the thing - we think we can rush books and especially the editing process, probably because we live in capitalist world which favours the economics of the production line which are utterly unsuited to artistic endeavours. As a result, I wanted to take this book to market way before it was ready. I even wanted to begin editing it way before it was ready - after a month, when really a month allows no time to develop the objectivity to cull those sneaky errors or enjoy the places where the writing actually works - even if those paragraphs often seem like they were inserted by someone else!

The fact is, writing books take time and editing books usually takes even longer. It's a process of years, not months for most folk. We can certainly help ourselves by getting encouraging, but challenging feedback on our work, as I was lucky enough to receive from Ashley Stokes and Anna South of The Literary Consultancy. But I've also learned over the years that writers need to trust their gut and only take on board those criticisms which resonate with their existing feelings about their work. (Because we all know deep-down what's a bit sticky in our books!) Unfortunately, though, it takes experience to learn to trust one's own judgement and so, as a baby writer, my desperate attempts to satisfy the demands of every critique, even if they were contradictory in their views - along with bereavements, illness and divorce - ultimately led to me shoving Sharonville into that classic metaphorical drawer for several years.

I still loved writing though, so I worked on my second novel, The Red Umbrella (which is complete, but now 'resting') and was lucky enough to have a few stories published and be shortlisted in some international competitions. Even so, Sharonville lingered in the back of mind as a disappointment - a creative wound, as Julia Cameron would put it. My fear of not being able to fix the book's opening section, of not being good enough, of outright rejection and failure totally overwhelmed me and I was stuck. The kind of 'Caught in the Alligator's Jaw in the Bond Villain's Lair' stuck where you need someone to pull you out - or be eaten alive.

007 didn't come to save me - but novelist and writing mentor, Jacqui Lofthouse, did. (I call her my Yoda now!) Warm, funny and voraciously positive, Jacqui forced me to drag Sharonville out of seclusion and let her read it.  She rang me a few weeks later and said: 'It's f*cking brilliant! This is the most exciting thing I've read for years!' Now Jacqui is a lady, so I knew her using 'language' meant something and I had to concede that maybe she - and the other people who'd believed in the book before I'd got neurotic about it - were right and it deserved another shot.

Using Jacqui's very useful notes and a few mini-critiques from Cornerstones, I managed to finally 'crack' the beginning section which had been my blocking point before. The truth is, all creative artists get better over time if they're practising their passion consistently, so waiting before performing surgery on my book again was a good idea (not so much the waste of time which I felt it had been). Now I understood it was positive (if painful!) when I cringed at some (okay, a lot!) of my sentences - that just meant I was more skilled now as a writer and editor and could better see where I'd gone wrong. For this reason though, I knew I could well keep waiting and polishing and perfecting forever - and never let the darn thing go.

This is where Jacqui saved me again (she should wear a superhero cape - I'm sure she does when I'm not looking). Due to her faith that this book deserved to be read, she began scouting for agents - and we had lots of bites and full manuscript reads which is great going in this business. In fact, if agents make any personal comments when rejecting your work, you're a freakin' superstar - something we all need to remember when our manuscripts slouch back through the door again, like scruffy teenagers we really wish we would just go to college already.

Anyway, eventually, after years of supporting other writers, Jacqui went off to fulfill her new dream of teaching drama, but, by then, she had given me the confidence to submit my own work. It was hard to be out there alone - I shook and cried and cursed at some of the agents' reasons for not taking me on, but the near misses continued and, in late 2011, I heard Sharonville was one of 100 of 2000 books long-listed in the Mslexia Novel Competition. I grasped each bit of good news with both hands, celebrated with my friends every single time something positive happened with my writing, as Monica Wood suggests, and chose to see these small successes as signs that I was doing the right thing. Even though people kept telling me how hard it would be to be a British-based author selling a US-set novel, how the market was extremely cautious right now and no one wanted to take a risk on newcomers - especially quirky, literary writers who thought ghosts and aliens belonged in family dramas as much as anywhere else.

Being also trained as a life coach, Jacqui told me to read Jack Canfield's work and he has a phrase about finding success which I love: 'Someone out there wants to say yes.' And, it turns out, in the end, I found them.

And that's what Jacqui used to tell me, whenever I had an acute attack of What's the Pointitis - that it was a numbers game, a game of getting the book to the person who would get it. It took lots of false starts years ago with a weaker version of the novel and then, this time round, about eighteen agent approaches and well-aimed one shot at Unthank - a small, but fine literary publisher whose list and ethics shine in a time when the book industry is floundering, arguably, favouring commercialism over quality and taking safe choices over talent. I didn't send my book anywhere else because I didn't want to my novel to be anywhere else. I knew as soon as I read about Unthank that this was where my book belonged - they make the brave choices over the bottom line every time and I find that inspiring. I especially adored Sarah Dobbs' international literary thriller, Killing Daniel, which they published in 2012 and so I am very proud and awed, as well as thankful, that my book is going to be in such fabulous company. 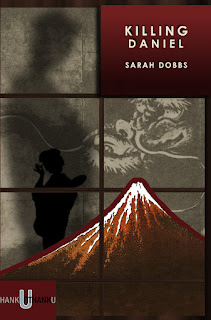 But the moral of this story really is, there's a good home for every good novel - if you don't give up. One day you'll be jumping up and down like me. One day you'll be happier than for years because now you have this dream, you know others are possible.

And it's a little like how my gran described the pain of birth to me too - now that I have a deal, all the rejections, the self-doubt and anguish don't matter any more. The agony has been forgotten. Because I struggled to get here, in fact, the victory is sweeter.

I have challenges ahead now in terms of working with an editor, building my 'platform' and publicity, facing readings and reviews (gulp). But, despite the work ahead and the inevitable ups and downs, I'm actually excited. So incredibly excited. And I wake up every day wanting to pinch myself to see if it's true that this is happening to me!

A fellow author friend sent me an email headed, 'Sharon Zink, Novelist' and it felt so strange to read that - even after years of dreaming, of convincing myself I was a writer just because I write. Somehow it seems like I'm 'more' of a writer now someone else has taken me seriously.

But I need to keep building too - getting better with words and stories. This news certainly motivates me to complete my current NASA-set novel, Emptiness. Fear so often still keeps me from my desk - but now the increased belief that someone might actually want to read my work will hopefully help me to get myself into the chair and scribbling.

This blog is all about writing towards possibility and the possibilities are endless now for my little novel ... and for you too. So ...

As founder of The Literary Consultancy, Becky Swift, said to me years ago after reading a few pages of Sharonville: 'This book is going to happen, it's just a matter of how.' 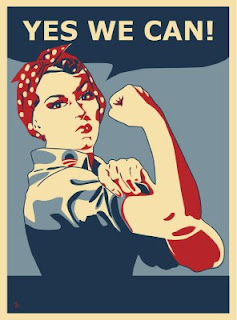 A Handful of Stones